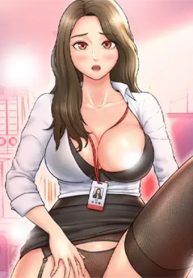 Secret Office Manhwa also known as (AKA) “Secret Office”. This OnGoing manhwa was released on 2022. The story was written by Lee seol and illustrations by 3 bang. Secret Office webtoon is about Mature, Romance story.

Taeho, who is a perfumer, has been dating Sunhye for seven years. He felt that their relationship was stuck in a rut and needed some change to spice things up. One day, his best friend accidentally spilled a new perfume on Taeho and that night he realized that she couldn’t resist him because of this powerful new scent. With the creation of this new perfume, Taeho quickly runs to his best friend and asks him to seduce her, so that he is able to make his NTR fantasy become a reality. “I want you…to seduce her.”

My Sister is My Girlfriend!? Sexual Relationship for Two Nights and Three Days

Register For This Site.

Please enter your username or email address. You will receive a link to create a new password via email.