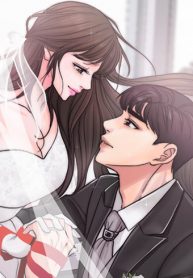 N/A, it has 2K monthly views

Wife for 1000 Days Manhwa also known as (AKA) “천일의 아내”. This OnGoing manhwaraw.com was released on 2020. The story was written by Joyna and illustrations by 0510,Berry. Wife for 1000 Days webtoon is about Drama, Romance, Smut story.

Ever since she married rich hottie Seon Moon-hyuk, people began to call Jo Eunae the ‘Cinderella of the 21st Century’. But Eunae’s life is no fairy taile, and her marriage… well, it’s barely even real! Imagine still being a virgin after three years of marriage! Desperate to live the life she’s always wanted, Eunae asks for a divorce on their 1000th day of marriage. Except, suddenly her oh-so-sexy husband seems interested in her for the first time! Her’s putting in more effort than ever before, but why now…?

The Sexy Alien Next Door

Register For This Site.

Please enter your username or email address. You will receive a link to create a new password via email.